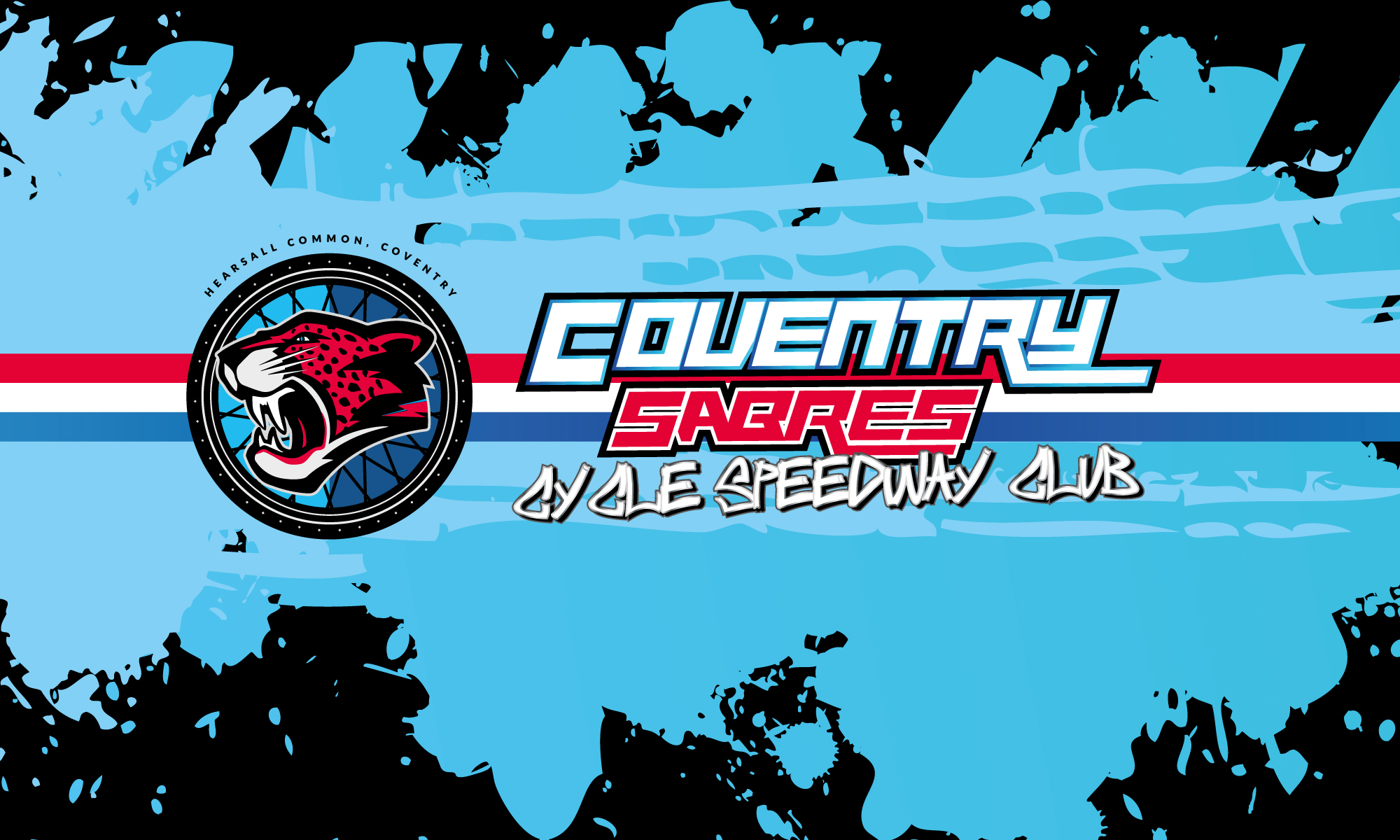 All ages and gender welcome! 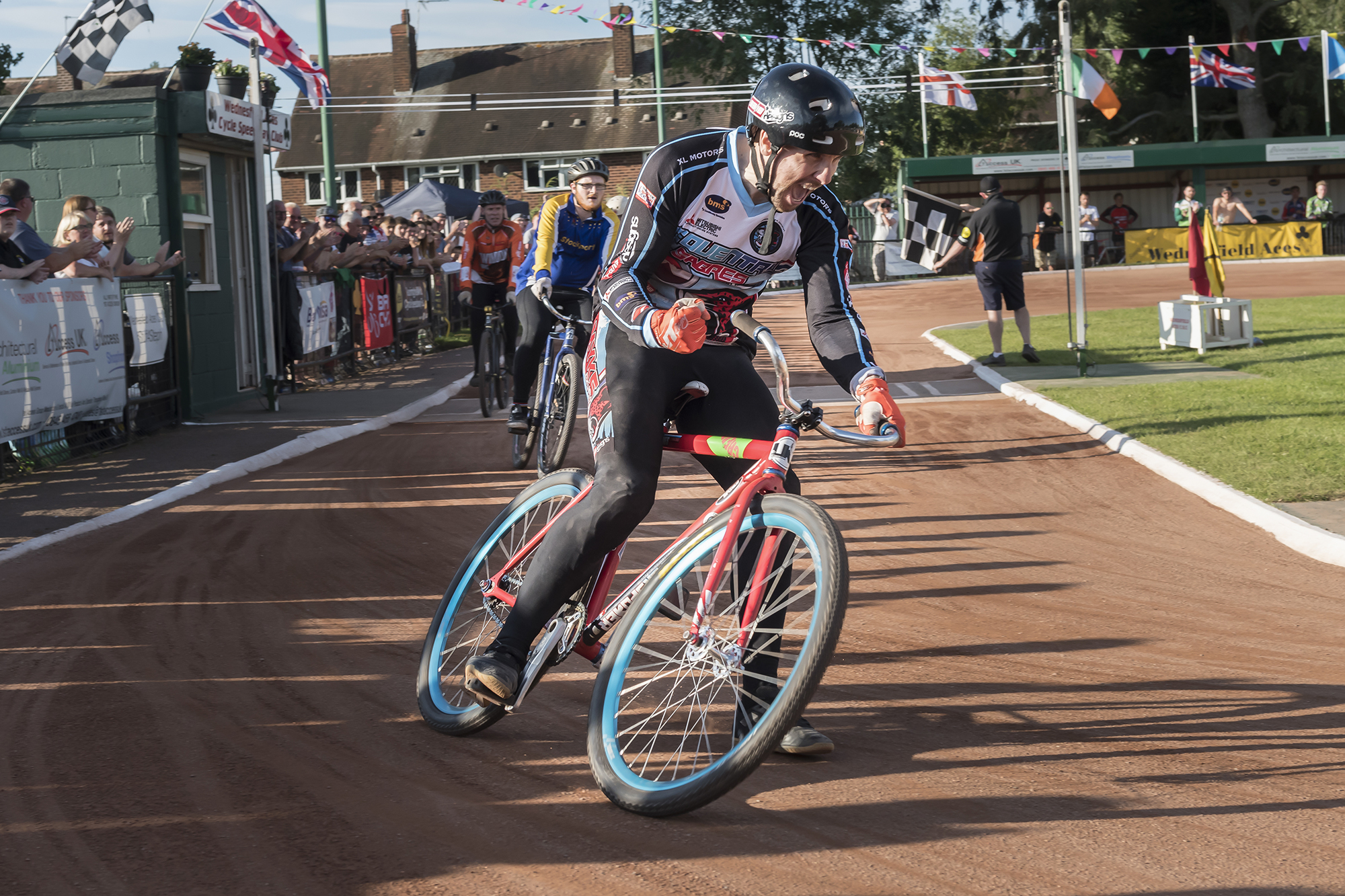 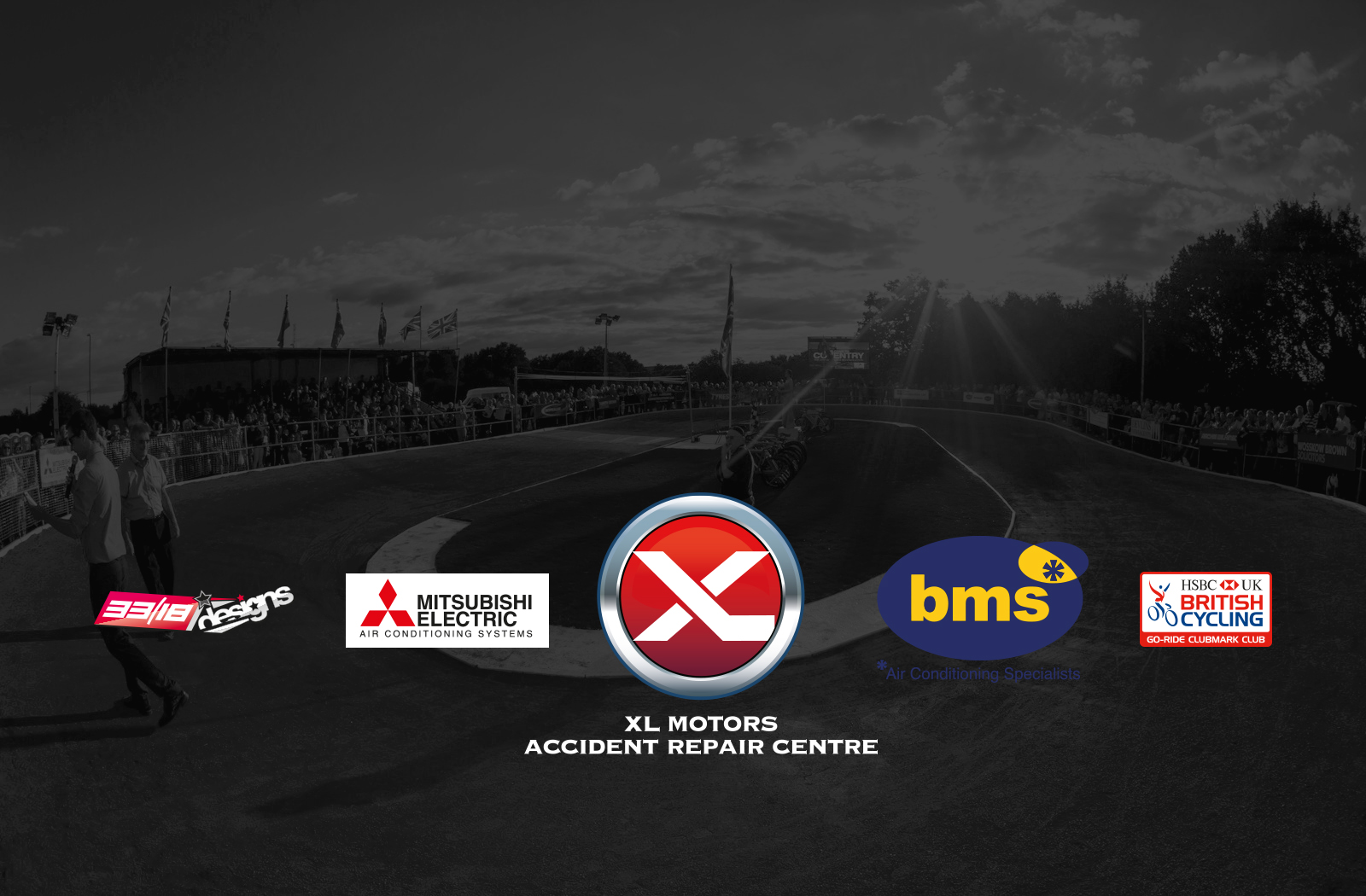 Welcome to Coventry XL Motors Cycle Speedway Club. Find all of the latest news, pictures and videos from all of the action on our Facebook page.

Got a question? Email us!

What is Coventry Cycle Speedway?

We are a sports club based in Coventry, West Midlands. We race single speed bikes, with no brakes for four laps around an oval dirt track.

The sport of Cycle Speedway grew out of the bomb sites post second world war. The modern day version of the sport requires athleticism, bravery and skill, as four riders take to the track for each race, all trying to come out on top.

It is very much a short dirt track version of velodrome racing, except contact is allowed when passing.

XL MOTORS SABRES KIDS SCOOP SECOND IN BRITISH CLUB TITLES!Coventry XL Motors Sabres U10 team came second in the 2022 British U10 team championship at Leicester last weekend. The Sabres got off to a flyer in the semi final, Tommy and Carson winning the first two races, followed by seconds for Ben and Caiden, so right from the start we were leading the way along with Kesgrave A. Carson continued to look dominant until a fall in his final race (going for a pass that would have left him with 3 wins from 3); Tommy rode excellently throughout to top score for the team; Caiden, riding up an age group, pulled off some amazing passes to get 12 points from his 4 races; and Ben capitalised on his customary excellent gates to match him with a vital win in his final race. However, Kesgrave A were always going to be extremely hard to beat and Bury, who had two particularly strong riders, were on our tails all the way, so despite a two-point lead going into the final round of races it really did go down to the wire - and without Bella’s magnificent 3 points from her solitary race we may not have made it! As it was, we finished level with Kesgrave on 49, narrowly ahead of Bury, taking both teams into the final.The final was an even cagier affair: we got off to a much slower start, and without a scorecard it was impossible to follow who was leading most of the way through! However, again all five riders played their part. Caiden, despite his obvious tiredness, showed his characteristic grit and improved by a place in each of his races. (Ben, on the other hand, seemed to have more energy as the day progressed!) Carson again showed the class that led him to a fourth-place finish in the individual event. The importance of a substitute (and her excellent deployment by team manager Cam and assistant Jack) was even more obvious the second time around, and no one who saw it will forget Bella - who also claimed fourth spot in her individual championships - swerve superbly around the unfortunately stranded A&T rider to claim another 2nd place! It was Tommy, though, who sealed our second spot overall, with a dominant ride to win his final race. We couldn’t quite match Hethersett Hawks on the day but we ran them really close, and finishing second in the country - especially managing to beat the powerhouse of Kesgrave into third place - was an amazing achievement that the whole team should be proud of. In the individual event, Caiden came 6th in a field of 18 riders in the U8s, underlining his fine potential. Carson made the A final of the U10s with 33 riders competing, just missing out on a podium but a great performance nonetheless. Tommy scored 10 points in the qualifier, winning his final two races, with Ben scoring a consistent 11. Bella competed in the U10 girls and brought home a fantastic 4th place.All in all, our team of riders gave a fine account of themselves! Well done everybody. Thanks to Pete Spencer for the team report. ... See MoreSee Less

CLUBNIGHT OFF THIS WEEKWe have taken the decision to cancel this week’s club night. With two days of high temperatures and no way to control the excessive dust, we feel it’s the best course of action. See you next week! ... See MoreSee Less
View on Facebook
· Share

For the latest Cycle Speedway news from around the world, head over to 33/18 News.