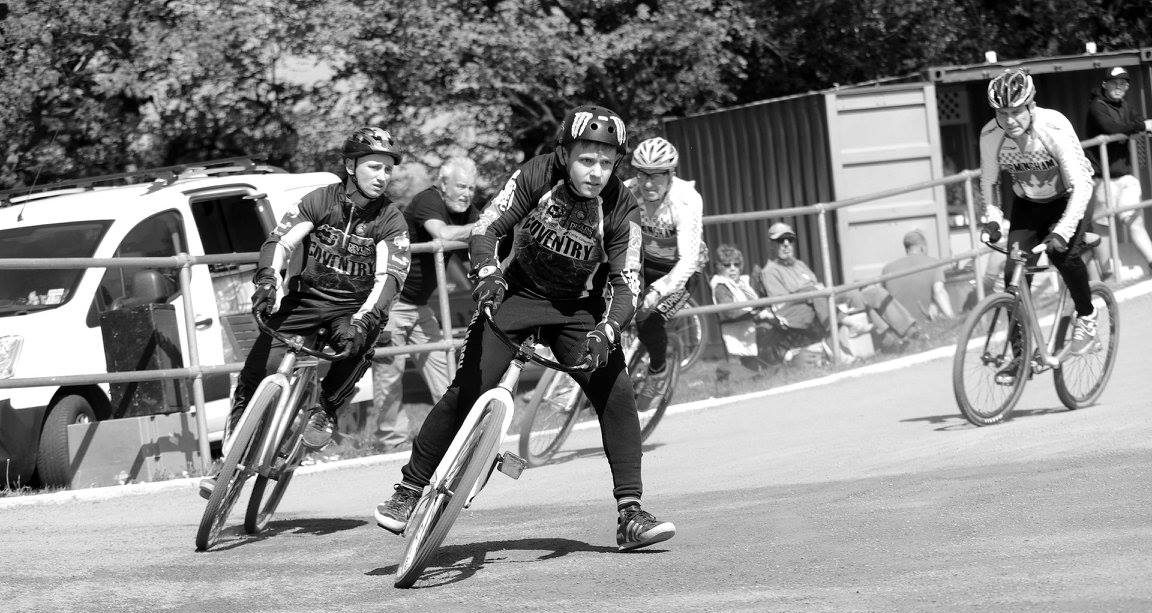 Coventry Sabres came close to registering an unlikely victory against Birmingham Monarchs on Sunday, losing out by six points after leading the meeting for the majority of the second half.

After impressing in training, Cameron Gill was called up to the first team and Coventry welcomed back Dominik Rycharski and Kyle Roberts. Coventry’s Jimmy Wassall is still sidelined with a broken foot, while Birmingham were missing heat leader Ricki Johnson.

Coventry got off to a flying start, with Gill jetting from the tapes from grid one to race away from Mark Winwood, while Myke Grimes kept Nathan Groves at the back to return home with an unfancied 6-4, which set the tone for the Sabres for the rest of the meeting.

However, Birmingham hit straight back with a 7-3 from Paul Timms and Scott Millward, but Coventry returned the favour in heat 4, courtesy of a 7-3 of their own from Dominik Rycharski and Myke Grimes.

The rest of the first half was steady, with Coventry able to stay out of last place for the most part, except for Josh Marsh and Kyle Roberts coming to grief in heat 6 and 9 respectively. Marsh unfortunately not claiming his point for the home team.

Marsh made up for it in the opening heat of the second half, with a 7-3 supported by Dominik Rycharski, to put the Sabres one point up.

More close racing followed, with 5 shared heats, despite Kyle Roberts withdrawing from the meeting after only three rides, as Coventry did all the right things to stay in front, including an exceptional last to first move through the smallest of gaps on the third bend of lap one in heat 12 from skipper Myke Grimes.

The withdrawal of Roberts ultimately cost the home side though, as Gill was the only rider present in heat 16. A sensible ride meant he was able to split the Birmingham pair.

Scott Millward effectively won the match for Birmingham in heat 17, with Millward able to clamp Dan Drewett off the start and relegate him to the back.

Heat 18 became a foregone conclusion with Sam Hardie and Josh Marsh always unlikely to get an advantage against Chris Timms and Nathan Groves, as the away side raced to a maximum and secure the win by 6 points.

A highly entertaining and tense affair proved a real treat for onlookers as the action packed meeting changed leads a few times.

Cameron Gill stole the show in his four rides for Coventry and was well supported by the selfless Grimes. Dominik Rycharksi’s appearance was a huge boost, while Sam Hardie delivered one his best performances since his return to the sport. Josh Marsh displayed his massive potential once again and if consistent, will prove an asset to the side.

Chris Timms was top scorer for Birmingham with a “paid” 19. Scott Millward delivered an excellent team performance picking up 5 bonus points and helping his team mate, Paul Timms, on his way to a good 15 point score. Mark Winwood also chipped in with two important race wins.

All in all, there were many positives for Coventry. The hard work is clearly beginning to pay off, the Sabres will hope to carry on their good form against East Park at home in a few weeks time.

In the supporting fixtures, Coventry were too strong in the Midland League 2 match, with Matt Lawrence leading the way on his comeback and securing a maximum.

Birmingham rode smart in the Midland League 3 fixture and took the win over the home side, that said, there was some excellent racing on display from both sets of youngsters.