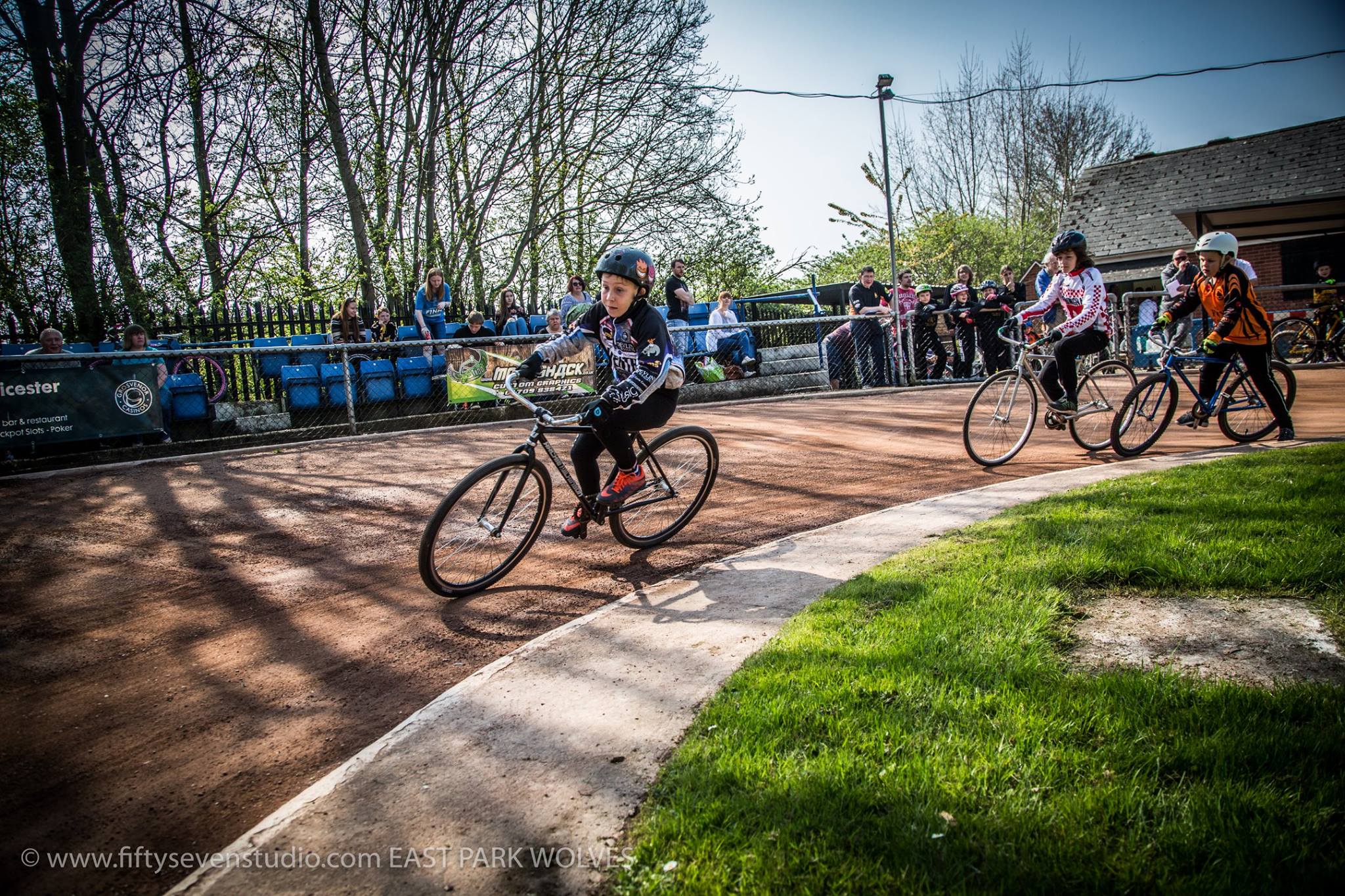 Coventry Cycle Speedway Club are close to clinching their first ever British Youth and Junior League and Little League regional titles, after round three at Hearsall Common on Saturday leaves them top of both tables.

In highly competitive fields, Coventry’s young riders have shone all year and provided many winners in the opening rounds.

In the U8s A final, Finn Youson claimed runners up spot and 20 points, his best achievement to date. Unfortunately, team mate Jude Wilcockson fell attempting to pass eventual winner, Liam Wells of Leicester and had to settle for fourth place but still leads the standings.

Coventry’s Ronnie Wassall dominated the U10s once again and looks to be among the favourites for the national titles later in the season. Tom Pearson, still a new rider to the sport after attending Coventry’s popular “Dirt Bike Club” sessions at Bretford Playing Fields on Saturday mornings, secured another runners up place and continues to impress.

Wyatt Jacobs made his first appearance of the season in the U12s and took three wins on his way to A final qualification where he finished fourth.

Ben Wells suffered his first defeat of the season in the U14s, finishing runners up but still leads the standings. Cameron Gill continues to impress and made his first A final in the Junior (U18) category. In a highly competitive race, which was started due to a high speed crash, Gill claimed third and a career best.

Nuneaton BMX were also represented by Markella Houli in the Girls category, while George Hunt entered the U14s to make their debuts. Both riders have trained at Coventry’s popular Club Night on Wednesday evenings at Hearsall Common and certainly impressed on Saturday.

Markella, just 13 years old, powered her way to the A final, where she took third place amongst far more experienced riders and certainly turned some heads.

Ahead the final round, in the overall standings, Jude Wilcockson and Finn Youson are first and third in the U8s competition. Ronnie Wassall, Lewis Middleton and Tom Pearson fill the top three spots of the U10s, while Jonathan Middleton and Jack Reynolds are holding firm in third and fourth of the U12s.

Ben Wells has a near unassailable lead in the U14s and Cameron Gill and Ollie Morris sit in second and third respectively in the Junior competition.

With all GP scores from each rider adding to a final total to Coventry (except Nuneaton BMX), the Godiva city club won their third round of three, meaning they are racing clear at the top of the table and are highly likely to win their first BYJL and Little League titles after the final round in Birmingham on 3 June.

It will be a great accomplishment for the family orientated club, all the riders who have entered the championships have contributed to Coventry’s points haul, wherever they finished, and each rider can be very proud of their achievements so far this season.

This weekend, Coventry have three riders representing the Midlands in the Battle of Britain Elite Cycle Speedway Series against the North and Scotland in Sheffield. Myke Grimes leads the way for the elite men’s class, while Ollie Morris and Cameron Gill are in the elite junior team.